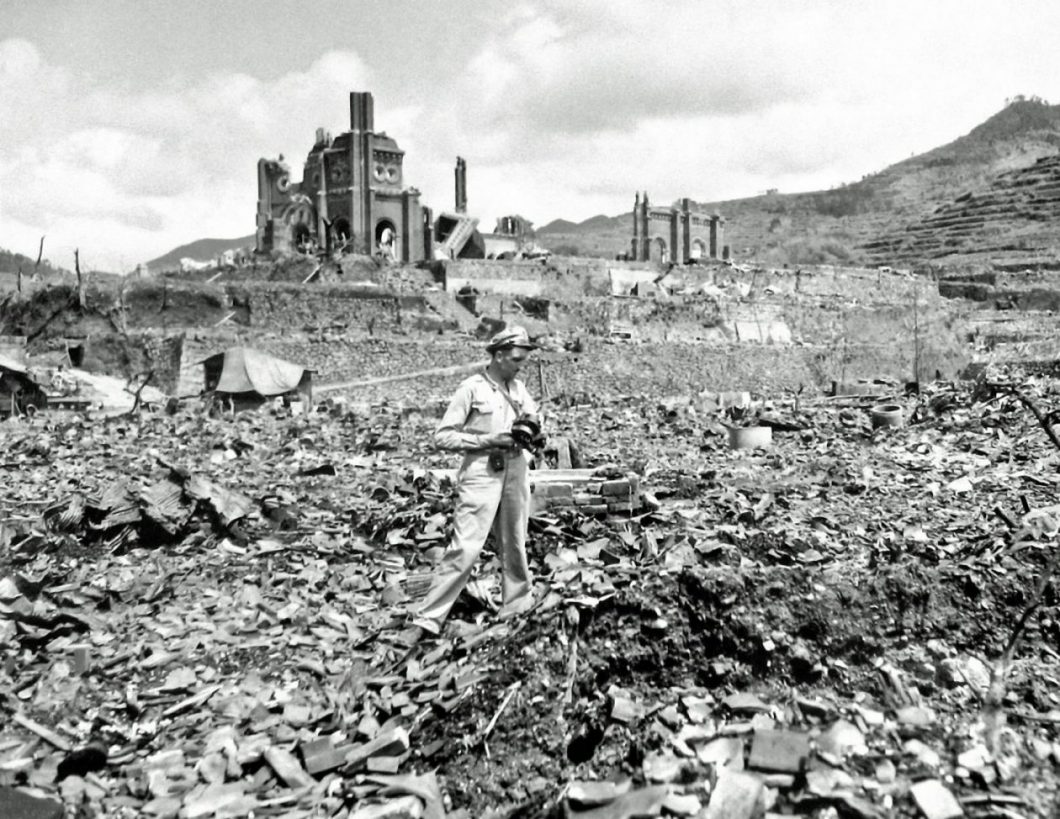 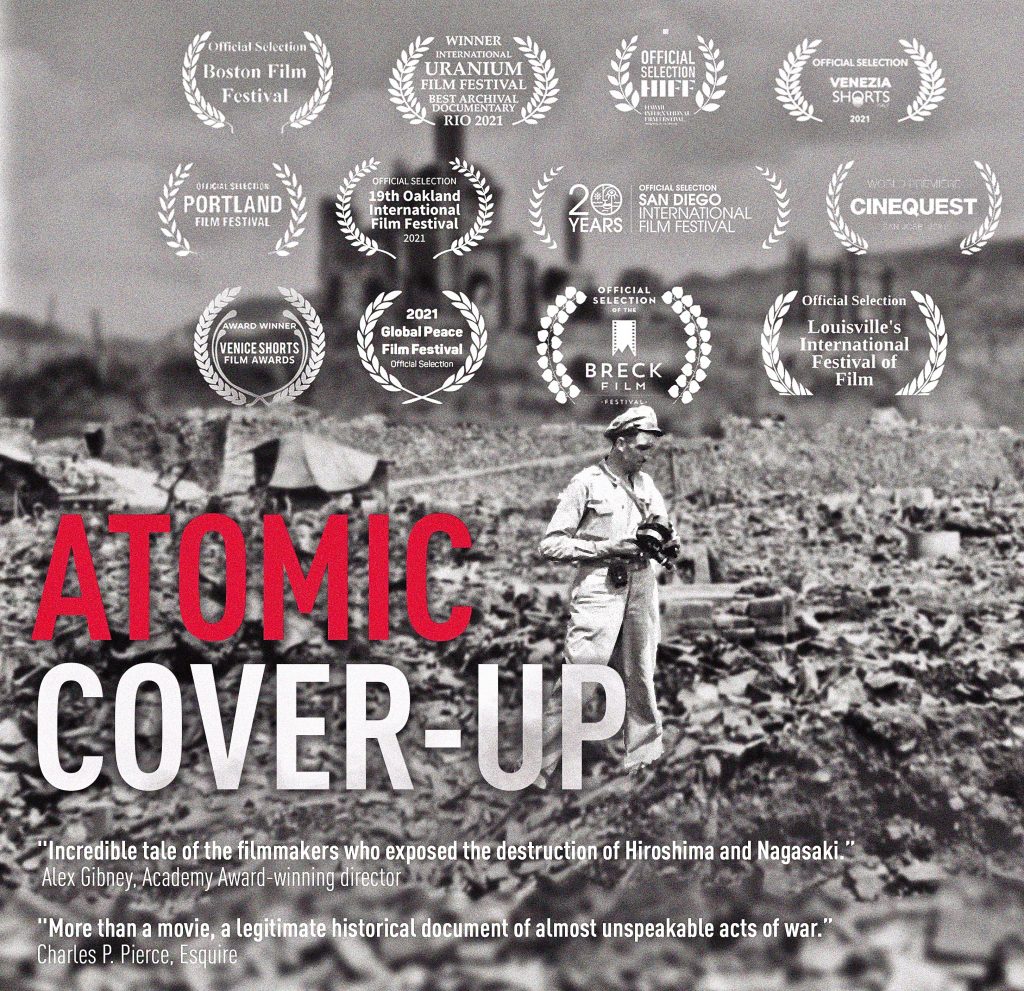 “Very powerful.” — Alex Gibney, Academy Award-winning director of numerous films, including Enron, Going Clear and Taxi to the Dark Side

“What a great film and original concept. An absolutely crucial way to understanding all wars.  Don’t be surprised if this documentary is a player at next year’s Oscars.”— Rod Lurie, director of The Outpost, Straw Dogs, The Contender and other movies

“So moving, disturbing and important.”   –Alex Winter, director of The Panama Papers, Show Biz Kids and other films.

“A film worth the watch — and I hope many see it.” — David Folkenflik, National Public Radio

“We’ve been mightily distracted by COVID, but here’s a much-needed reminder of the gravest existential threat known to mankind, and the men who fought to bring it vividly to light.” — Erik Larson, author of The Splendid and the Vile and other non-fiction bestsellers

“Greg Mitchell has done a great service to history in uncovering some of the most remarkable — and supremely sad — video journalism of the 20th Century. More than a movie, a legitimate historical document of almost unspeakable acts of war.” — Charles P. Pierce, Esquire magazine.

“I consider Atomic Cover-Up to be essential viewing. If I had my way, I would add it to the civics curriculum for all high school seniors in the country.” — Scott Horton, contributing editor, Harper’s magazine 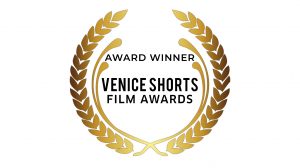 GREG MITCHELL (writer/director/co-producer) //// After writing a dozen books, I have just completed writing and directing my first film, Atomic Cover-up. It was, one might say, thirty years in the making, and partly based on my book of the same title. It exposes the decades-long suppression by the U.S. of the most shocking, revealing important footage shot in Hiroshima and Nagasaki after the atomic bombings, by the top Japanese newsreel team and an elite American military crew (the chief cameraman had shot Akira Kurosawa’s first feature). If shown to Americans then this footage, many hours in length, might have curbed the nuclear arms race. The film, over fifty-two minutes in running time, has already been picked up by an international distributor and we will also be entering it in film festivals in the coming year. Suzanne Mitchell is co-producer. Rob Burgos edited it and Charlie Seaborn composed an original score. The advisers are Alex Gibney, Alex Winter, Markus Nornes and Martin J. Sherwin. For four brief excerpts from the film, go here.

“When I was in college, I got my first look at a film that showed bodies being bulldozed into a large pit at Auschwitz. That imagery haunts me to this day as will what I saw just now in Atomic Coverup. It’s a devastating and necessary film, and a stark and humbling refresher course in why atomic weapons must never be used again.” — Wally Lamb, author of bestsellers I Know This Much is True, She’s Come Undone and others.

“Everything I’ve ever seen from Greg Mitchell has shown me something I didn’t know or given me a fresh perspective on something I thought I already understood. And this is such a compelling subject.” — Ron Brownstein, The Atlantic and CNN

“It is the visual equivalent of John Hersey’s classic 1946 New Yorker article and book Hiroshima. Everyone should see it. We have never come to terms with the horror of what was done in our name in August 1945.” — Dan Kennedy, WGBH (PBS in Boston) and Media Nation.

“An important work, one that’s essential education for a generation with less and less familiarity with the horror of nuclear weapons. A major contribution to our collective memory.” — Daniel M. Gold, New York Times film reviewer, 2009-2017.

“This documentary was literally four decades in the making. Check it out!” — David Corn, Mother Jones, author of several bestselling books

“After writing three books on the topic, Mitchell finally obtained the film footage that America’s leaders didn’t want you to see. As a timely reminder that we hold the power to undo the stain of modern warfare, it demands to be seen.” — Will Bunch, Philadelphia Inquirer

“The understatement of the film’s style lets the horror of the long-suppressed images do all the work. It is stunningly powerful.” — Harry Shearer, actor, “Le Show” host

“A very interesting film with a very important message, and the images are really horrifying.” –Patrick Vollrath, Academy Award-nominated director of 7500.

“One of 2021’s most important films….A devastating gut punch. It is a film of quiet and devastating power that will bend the knees of even those who think they know everything about the bombings.” — Steve Kopian, Unseen Films

“Arresting and fascinating—horrifying all over again.” –Nicholson Baker, award-winning author of Human Smoke: The Beginnings of World War II, and other books.

“Greg Mitchell has been a leading chronicler of Hiroshima and Nagasaki, and American behavior toward them. Now he makes use of key interviews and documents to record an extremely important part of atomic bomb history that deserves far more attention today.” –Robert Jay Lifton, author of Death in Life (winner of the National Book Award) and other acclaimed books.

C-SPAN recently televised a half-hour special about Atomic Cover-up and the footage that it is based on, which they made use of. The program aired about a dozen times to mark the 75th anniversary of the atomic bombings. It also briefly explored my related book, The Beginning or the End, on how Truman and the military sabotaged the first movie on this subject, from MGM, in 1946. You can now view the C-SPAN special it via their site.

The Story: Secrecy and Suppression

In the weeks following the atomic attacks on Japan in 1945, which killed over 200,000, the vast majority of them civilians, and then for decades afterward, the United States engaged in airtight suppression of all film shot in Hiroshima and Nagasaki after the bombings. This included footage shot by an elite U.S. Army crew and Japanese newsreel teams. In addition, for many years, all but a handful of newspaper photographs were seized or prohibited not only in the United States, but also in occupied Japan.

Meanwhile, the American public only got to see the same black and white images: a mushroom cloud, battered buildings, a devastated landscape. The true human costs–a full airing of the bomb’s effects on people –were kept hidden. The writer Mary McCarthy declared that Hiroshima had already fallen into “a hole in history.”  The public did not see any of the newsreel footage for 25 years, and the U.S. military film remained hidden for more than three decades. (The story is told in full in my book Atomic Cover-up.)

In fact, the Japanese footage might have disappeared forever if the newsreel team had not hidden one print from the Americans in a ceiling. The color U.S. military footage was not shown anywhere until the early 1980s, and has never been fully aired. It rests today at the National Archives in College Park, Md. When that footage finally emerged, I spoke with and corresponded with the man at the center of this drama: Lt. Col. (Ret.) Daniel A. McGovern, who directed the U.S. military film-makers in 1945-1946, managed the Japanese footage, and then kept watch on all of the top-secret material for decades.

McGovern (who is pictured in Nagasaki in the photograph at the top of his site) observed that, “The main reason it was classified was…because of the horror, the devastation.” I also met and interviewed one top member of his military crew, Herbert Sussan, who had fought for years to get the footage aired widely in America, and interviewed some of the hibakusha (bomb survivors) who appear in the footage.  Those accounts form the center of Atomic Cover-Up.     The film  includes footage never before seen and segments that have been aired previously are presented for the first time in vivid 4K.

Greg Mitchell is the author of a dozen books and co-producer of the acclaimed recent documentary, Following the Ninth, which has now been screened at over 200 venues. He has served as chief adviser to several documentaries, including Original Child Bomb (winner of the top prize at Silverdocs and screened at Cannes) and the Emmy Award-winning The Great Depression. His books include the 2016 bestseller The Tunnels: Escapes Under the Berlin Wall (slated to be a movie from FilmNation) and in 2020 The Beginning or the End: How Hollywood–and America–Learned to Stop Worrying and Love the Bomb. His previous books on the atomic bombings were Hiroshima in America (with Robert Jay Lifton) and Atomic Cover-up. His earlier book The Campaign of the Century won the Goldsmith Book prize and in 2019 was named by the Wall Street Journal as one of five greatest books ever written about an American campaign.

Suzanne Mitchell for more than two decades has produced and directed documentary films, historical network series, and docudramas, often related to social, political, and environmental issues. She has produced alongside Academy Award-winning documentarian Barbara Kopple on numerous projects. Suzanne has won two Emmys, two Gracie Awards, an Omni Intermedia Award, and a Cine Golden Eagle.  Her documentary films have premiered throughout the world at major film festivals and her directorial debut, Running Wild: The Life of Dayton O. Hyde garnered Audience Awards, Best Documentary Awards and a Directors Choice Award before opening nationwide in theaters and streaming on Netflix. Running Wild, which told the story of a triumphant cowboy’s quest to save wild horses and the American West, was hailed by The New York Times as “a grand documentary” and by the Village Voice as “inspiring in the best possible way.”