It aired over hundreds of PBS stations in the autumn of 2022 but you can still watch via PBS below, 26 minutes  (enlarge for full screen).

A NEW AWARD-WINNING DOCUMENTARY DEBUTED ON PBS THROUGHOUT  OCTOBER 2022

Aired over hundreds of public TV stations and streamed  on PBS apps, via Passport and PBS World and Apple TV in October 2022.  Premiered on KCET in L.A. and WNET in NYC.   Watch two-minute trailer.   Watch the entire film at PBS.org.

Featured at  2022 festivals in Houston, Philadelphia, Portland, Oakland and Myrtle Beach,  the Filmocracy Fest in Los Angeles and Venice Shorts, among others, with two awards.   Read director Greg Mitchell’s award-winning book on the 1934 race, The Campaign of the Century.

“Absolutely wonderful!  Watch it.  This is a brilliant documentarian of history.”– Rod Lurie, director of The Outpost, The Contender, Straw Dogs and other movies.

“Terrific.  Amazing how the same political tropes continue to operate.” — Michael Pollan, author of  bestsellers The Botany of Desire, The Omnivore’s Dilemma and other books.

“Greg Mitchell’s The Campaign Of The Century, an account of Upton Sinclair’s 1934 campaign for governor of California and the fiery pushback against it, is probably the best book I’ve ever read on a single campaign. And now, there’s a film!” — Charles P. Pierce, Esquire

“Great film.   I alternately laughed and cringed during those vox pop ‘interviews.’  So many lessons in this story for our modern times.”  — Griff Witte, Democracy Editor, Washington Post

“Fascinating and important.  I’d never heard or seen those shorts before.”– Geoffrey C. Ward, Emmy-winning writer of Ken Burns films, including The Civil War, The U.S. and the Holocaust, Jazz, The Roosevelts and The Vietnam War

“Nicely done–good and taut.  Works great as a short.” — Alex Winter, actor and director of The Panama Papers, Zappa, and other films. 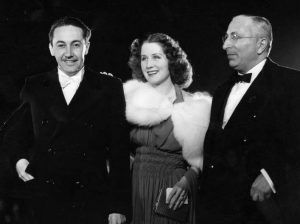 “The film is terrific. May all America see it.” — Scott Shane, longtime The New York Times reporter

“Great film–a fine piece of work.  All of us who love politics, campaigns, and democracy should see it.  Greg Mitchell tells an important story from decades ago that presaged much of today’s politics. ” —  Paul Begala,  political strategist and counselor to President Bill Clinton, now a CNN commentator.

“Really well-written and researched.  Poor Uppie–what might have been….” — Sarah Kernochan, director of Academy Award winners Marjoe and Thoth, screenwriter for Sommersby, Impromptu, and other films

“Really loved how much of the actual attack ads and pamphlets you managed to find.” —  Jeff Greenfield, analyst/correspondent for CBS, ABC and CNN

“Terrific.  It gives us a glimpse into our past, but more than that shines a light into where we are and what we have become.   I hope everyone sees this and takes it to heart.”  –Joshua Brand, co-creator of Northern Exposure, St. Elsewhere and I’ll Fly Away, writer The Americans.

“Much enjoyed it.  Interesting connections between then and now, and Sinclair is always of interest.” — David Sterritt, longtime Christian Science Monitor critic, now editor of Quarterly Review of Film & Video.

“A wonderful film–so well done.”– Nicholas Meyer, Academy Award-nominated writer and director of The Day After, Time After Time, and two Star Trek movies, among many others.

“Nice job!  Gives us a sense of the hardships of a nearly impossible battle to win.  Many of us can identify with that.” — Oliver Stone 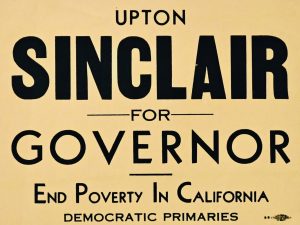 “I knew some of this Sinclair history but not all–and I’m glad you are getting it to festivals.”– Frank Rich, producer of Veep and Succession,  writer for The New York Times and New York magazine.

“Valuable and informative and, of course,  doubles as a cautionary tale about the politics of today.”  –Rick Moody, author of The Ice Storm,  Garden State and other novels.

“What a wonderful companion to your outstanding book. Thank you for making it.”  –Connie Schultz, Pulitzer Prize-winning columnist and author of And His Lovely Wife:  A Campaign Memoir 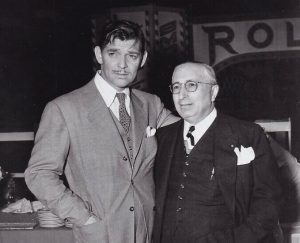 “Greg Mitchell’s astute and visually rich film is a genealogy of the political attack ad, showing how Depression-era Hollywood first  taught campaign managers the techniques of depicting ‘the other guy’ as a villain the voters could hiss at.   Elections have never been the same.”     — Gary Krist, author of bestseller The Mirage Factory: Illusion, Imagination, and the Invention of Los Angeles

“I enjoyed it. I hadn’t known about that part of Sinclair’s life, nor about Hollywood’s role in negative advertising.” — Ted Conover, author of award-winning Newjack and other books, writer for The New Yorker and The New York Times Magazine.

–Even more responses  below.

The Birth of the Modern Campaign 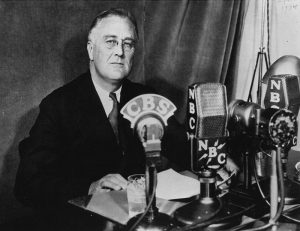 In The First Attack Ads:  Hollywood vs. Upton Sinclair we explore how Sinclair’s grassroots End Poverty in California crusade, in the depths of the Great Depression, was destroyed by the powers-that-be, with most of the Hollywood moguls lending a hand.

This is the first film to focus on the revered MGM producer Irving Thalberg ordering the creation of the first “attack ads” to appear on a screen, a forerunner of today’s toxic media-based politics.  The film reveals and analyzes highlights from the three “Thalberg shorts” along with interviews with participants in the EPIC campaign and observers of the crucial impact of those films in 1934–and their influence since.

The film also shows how the 1934 race marked the rise of political “spin doctors” and the modern campaign techniques that will continue to dominate campaigning in 2022 and beyond.   Greg  Mitchell, writer and director of the film, is author of the classic book about the race, The Campaign of the Century, recently named by the Wall Street  Journal as one of the five best books ever written about an election.  Producer Lyn Goldfarb directed an episode of PBS’s award-winning Great Depression series partly relating to the Sinclair race. (26 minutes, USA, 2022).

Read director Greg Mitchell’s award-winning book on the 1934 race, The Campaign of the Century.

“The script and narration are very good, and the whole thing is a great historical footnote, reminding us that notwithstanding the GOP relentless attacks on Hollywood–Hollywood has been their guardian protector for generations.” — Scott Horton, contributing editor, Harper’s magazine

“A brilliant exploration of media and movie politics–and sensationally relevant today.” — Todd Gitlin, author of Media Unlimited, Inside Prime Time, The Twilight of Common Dreams, and other books.

“Loved it.   It’s interesting that so many attacks on Biden follow the same playbook.”  — David Beard, executive editor, National Geographic.

“Highly recommended.   Required viewing if you want to understand how modern politics came into being.  Deftly ties the whole story together, even bringing in recent film Mank which used the attack ads as plot point.”  — Steve Kopian, Unseen Films

“I really enjoyed it.  Glad you showed the flagrant use of attack ads up to this day.   Americans continue to vote against their interests time and again. Seeing the history of how attack ads evolved in the 1930s, and how effective they were, certainly helps explain this confusing fact.”– Jeff Daniels, director of Television Event and Mother With a Gun

Written and directed by Greg Mitchell

Greg Mitchell is the author of a dozen books, including The Campaign of the Century: Upton Sinclair Race for Governor of California and the Birth of Media Politics, winner of the Goldsmith Book Prize and one of five finalists for the Los Angeles Times Book Awards.   It was later named   by the Wall Street Journal as one of the five greatest books every written by an election race.   His previous film, the award-winning feature Atomic Cover-up, drew wide acclaim in 2021. He also co-produced another festival favorite, Following the Ninth, in 2014.   Among his other books are the bestselling The Tunnels: Escapes Under the Berlin Wall (2016), The Beginning or the End: How Hollywood–and America–Learned to Stop Worrying and Love the Bomb (2020), as well as the earlier Tricky Dick and the Pink Lady and Hiroshima in America.  He has written about the 1934 campaign several times for The New York Times, and also for the Los Angeles Times, Newsweek, American Film, and numerous other magazines.

Lyn Goldfarb is an Academy Award-nominated and award-winning independent documentary filmmaker, with 19 films broadcast nationally on PBS and major cable. Her latest documentary short Eddy’s World played at more than 30 film festivals, winning Best Short Documentary at the Port Townsend Film Festival, and was featured for several months on The New Yorker’s site. Her feature films include: With Babies and Banners: Story of the Women’s Emergency Brigade; Danger: Kids at Work; People in Motion; The New Los Angeles; Bridging the Divide: Tom Bradley and the Politics of Race; and the series: The Roman Empire in the First Century, Japan: Memoirs of a Secret Empire, and California and the American Dream.  Goldfarb was director, producer and writer of We Have a Plan, an episode in the acclaimed 1993 The Great Depression series, produced by Blackside, Inc. The documentary included Upton Sinclair’s campaign as part of its story of the social and political upheavals that shook the nation in 1934. Greg Mitchell served as principal advisor. Goldfarb conducted the interviews featured in The First Attack Ads. 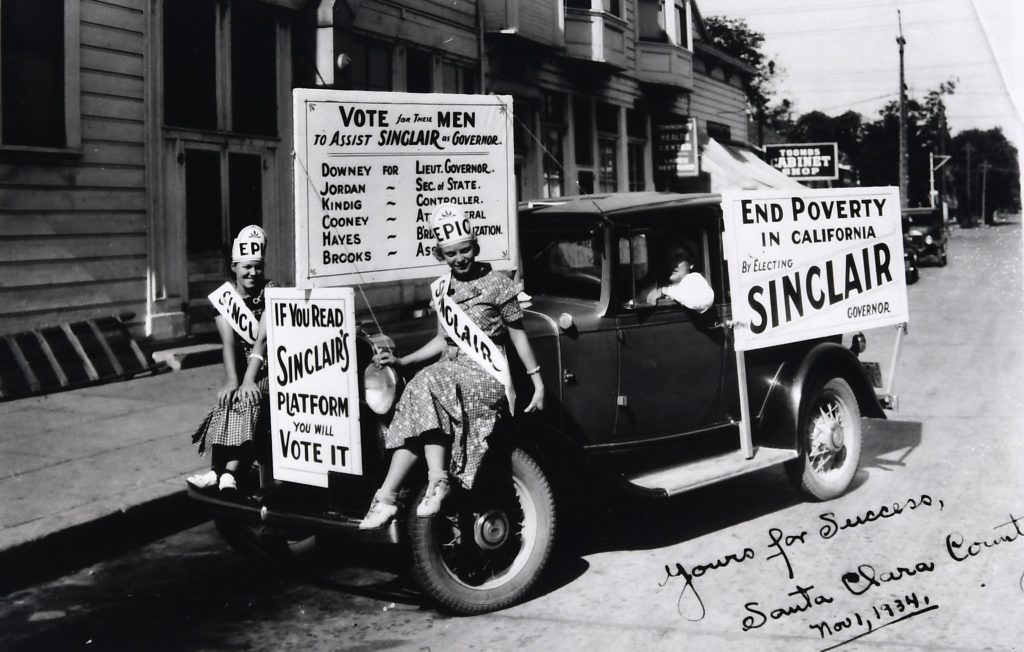 A leading New York-based editor for several decades, his credits include four “American Masters” episodes for PBS, including 2021’s on Helen Keller.  Three of his many film credits are Sundance entries Fire in the Blood and Easy Riders, Raging Bulls, and Olympic Pride, American Prejudice.  He co-edited the award-winning PBS series Women, War and Peace.  He has been awarded four Cine Golden Eagles and productions have also received Columbia DuPont and Overseas Press Club awards,  several local and national Emmy’s, and Cable ACE nominations.

Elliott Forrest is recipient of broadcasting’s highest honor, the George Foster Peabody Award, and two New York State Broadcasting Awards.   For 12 years he hosted A&E’s  Breakfast with the Arts, gaining nominations for an Emmy in 2002 and 2005, as well as the network’s Biography series and numerous other programs.   For more than five years Elliott was the “voice” of programs and specials on CNN.   He presently hosts a daily show, as well as live events, on New York City’s leading classical music station, WQXR,  and is national host of the syndicated radio series from The Chamber Music Society of Lincoln Center. 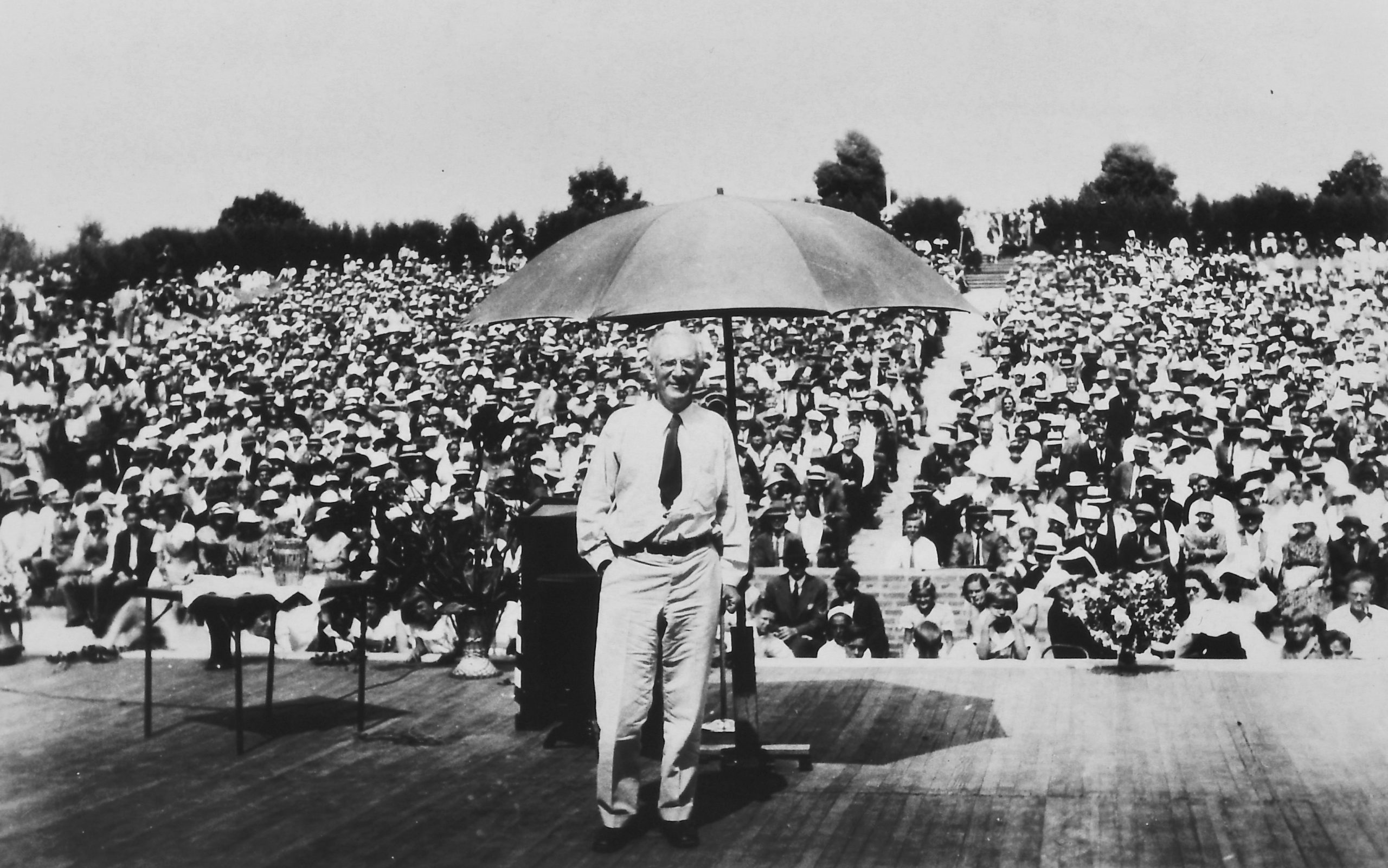 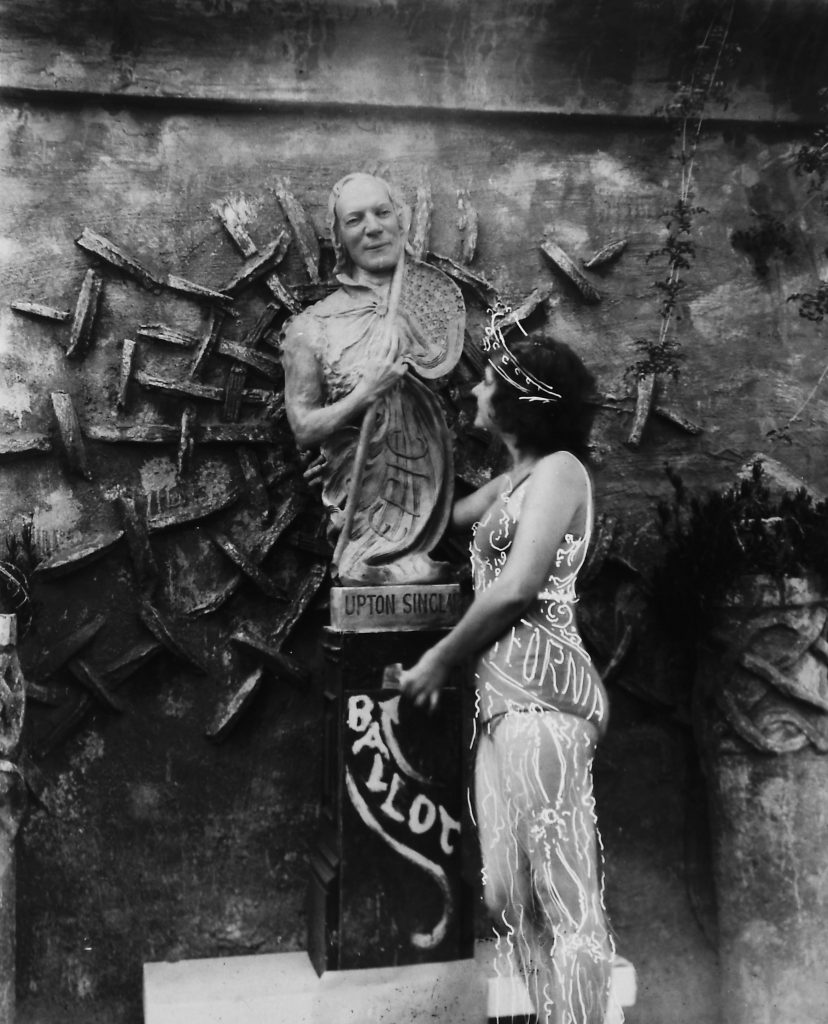 In completing this film, I have realized a goal (maybe more of a dream) going back more than thirty years when I uncovered the Thalberg shorts during research for my Random House book The Campaign of the Century.

By then I had written about the Sinclair race for several years, but these shorts, unseen by nearly anyone since they were made, remained a mystery, perhaps a myth. Often wrongly referred to as “newsreels,” any accounts of what they looked like or the opinions they carried were totally second hand, based on the memories of people who had watched them in 1934.   When I found all three of them in Los Angeles, I was able to describe them in detail for the first time, but could not display the images beyond a screen shot or two.

Now, based on further research and new HD copies of the three shorts, I have been able to tell the story visually as well as in interviews with people who witnessed the reaction to them at the time (as well as pay tribute to Sinclair and his EPIC movement). This is all the more important today, and looking forward to the 2022 and 2024, given the toxic nature of politics and campaigns today and the often vicious attack ads that appear on screens today. 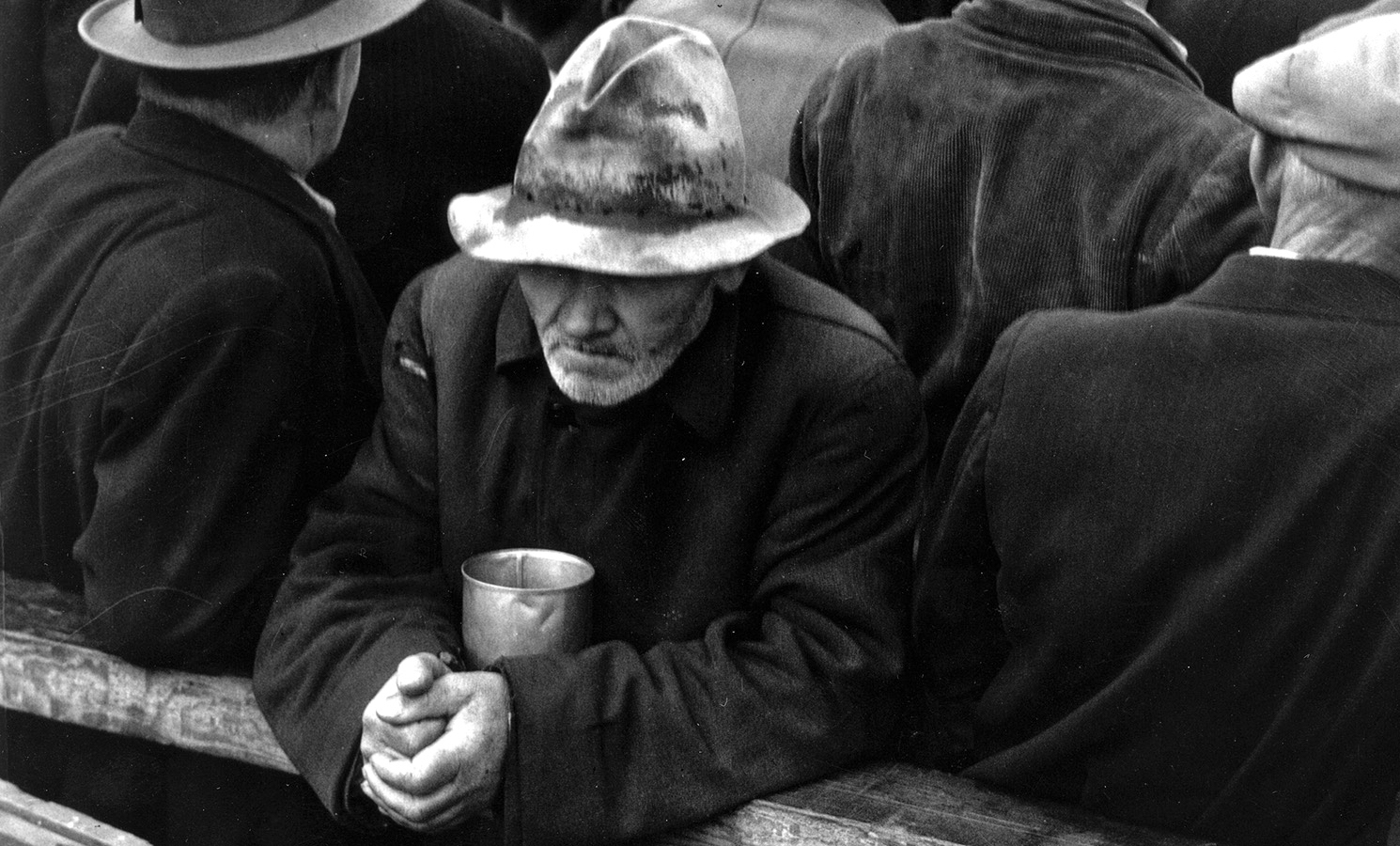