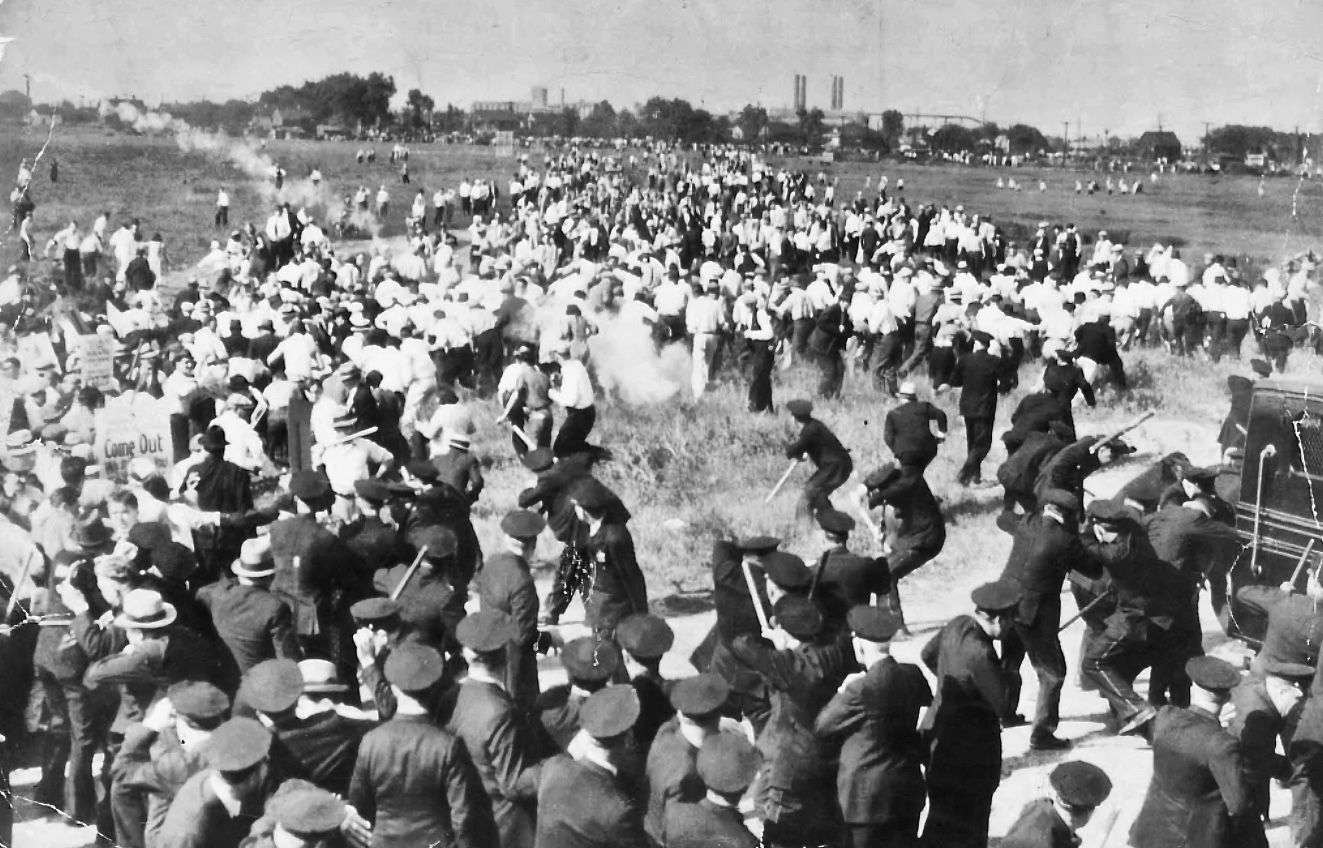 “A fine piece of work on American history, film history. and human history. Powerful indeed, on a subject that’s as timely as ever.” — David Sterritt, editor-in-chief, Quarterly Review of Film and Video, longtime esteemed movie critic at The Christian Science Monitor

“Excellent…this is Oscar-level stuff.   There are amazing bits–the fact that they had gas masks at the ready,  hired vigilantes, machine guns. And the notion of justifiable homicide.”   — Rod Lurie, director of The Outpost, The Challenger and other movies

A new documentary (coming in 2023) on the 1937 tragedy in Chicago when police shot and killed ten steel workers and their supporters–and the Paramount film cover-up that followed.

“Really powerful stuff, and I like the way you give it such a pointed contemporary relevance at the end. I’m amazed at the film and audio footage you are able to turn up.  Kudos to all involved.”– Gary Krist, bestselling author of City of Scoundrels:  The 12 Days of Disaster That Gave Birth to Modern Chicago and other books.

The Memorial Day Massacre explores a largely forgotten episode in labor–and media–history, all the more vital today as union organizing catches fire in the United States after years of decline.

This is the first film in several decades devoted to the tragic events in Chicago in 1937, at the height of union activity across America, when police opened fire on striking steel workers and their supporters in an open field, killing ten (nearly all shot in the back  as they fled).   Press accounts generally accepted false police accounts that the unionists, allegedly But led by Communists and other radicals, attacked first and were “rioting.”

A cameraman for Paramount News was at the scene, however, and captured the truth on film.   But Paramount then suppressed its newsreel devoted to the incident.   When a famous reporter revealed the cover-up, a Congressional committee held hearings and screened the footage for the first time, inspiring national outrage.  But the damage to the labor cause had already been done, slowing union organizing for years to come in the steel industry.  The Memorial Day  Massacre,  narrated by Josh Charles, tells this story via interviews with first-hand  observers, graphic news photos and the airing of the shocking Paramount footage–never screened at this length  previously–which is so historic it now resides in the National Film Registry.

It concludes with highlights of the recent surge in union organizing and victories–and why the 1937 tragedy matters today. 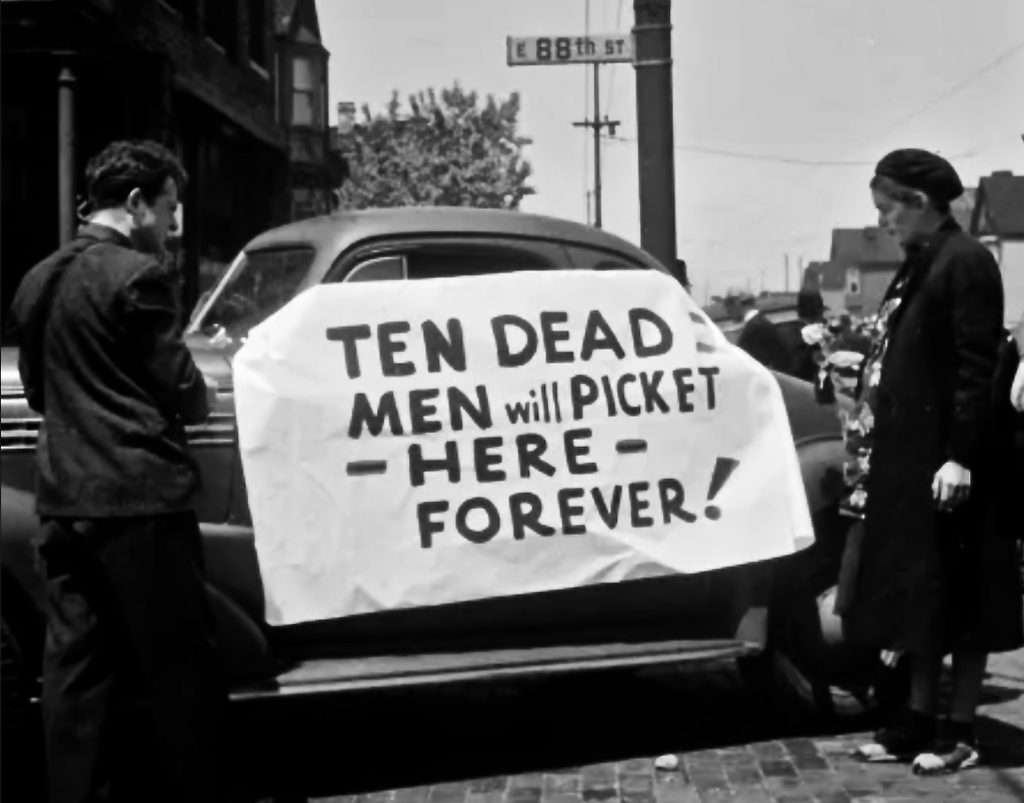 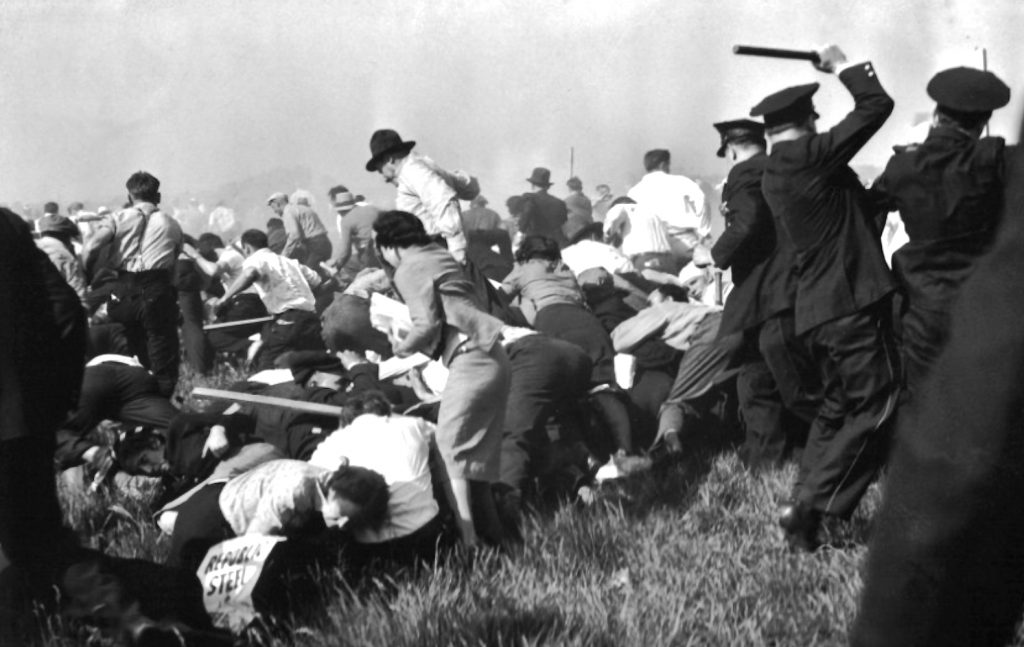